A Portrait of a Survivor

2016 This portrait is of a Yezidi survivor who was in ISIS captivity for 15 months. She escaped in early 2016 and lives in a camp in the suburbs of the city of Dohuk. She refused permission to reveal her name or picture, but agreed to allow her features to be painted. She lives in state of trauma and fear and believes that ISIS will find her and her six children although they were living in safety in Kurdistan. She lost most of her family, including two of her daughters. The painting shows her with her eight children surrounding her like lifeless butterflies but still beautiful. They survived, but their innocence died. When Ava asked what she wanted to tell the world, after long silence she said, “You cannot end them – not because of their numbers, but because of their brutality” giving Ava the feeling she is still in captivity. In 2017, she was resettled in Canada. 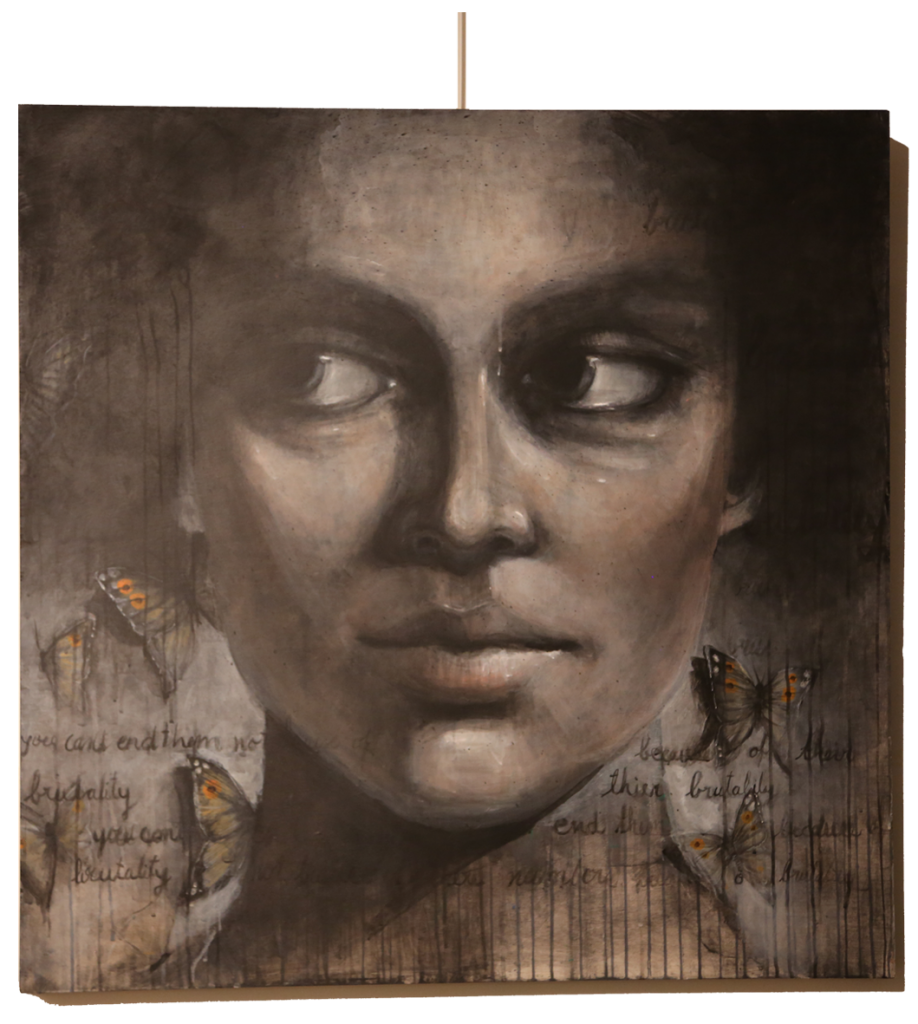