Ava Nadir is an Iraqi artist based in Kurdistan, known for her provocative and controversial pieces and subjects mostly related to women under war and fear, and women’s rights between culture and religion. Having lived most of her life under war, her inspiration comes from her life experiences as a woman living under political, social, cultural and religious pressure. Her series, Silence of the Words, was inspired by the oppression of women under religious extremism.
She studied Fine Art in Baghdad and Business in London. Ava implements her projects through multimedia and her work also encompass performance, film, lights and sound as forms of documentation.

She recently exhibited her project How Long is Enough in open space in which she documented the suffering of the displaced people in Iraq. Currently is working on project telling the story of war and peace in her people’s life. 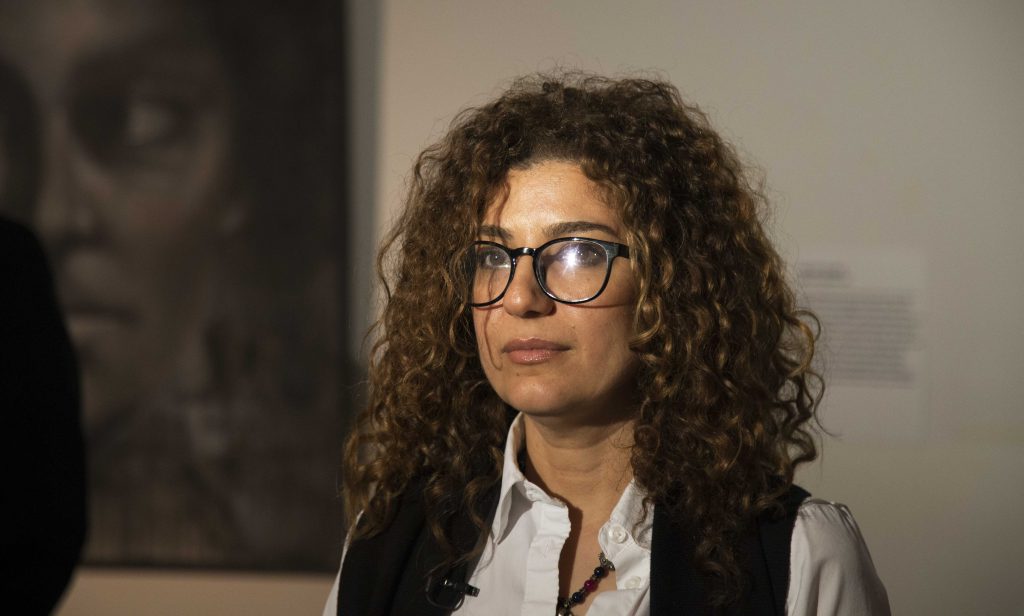